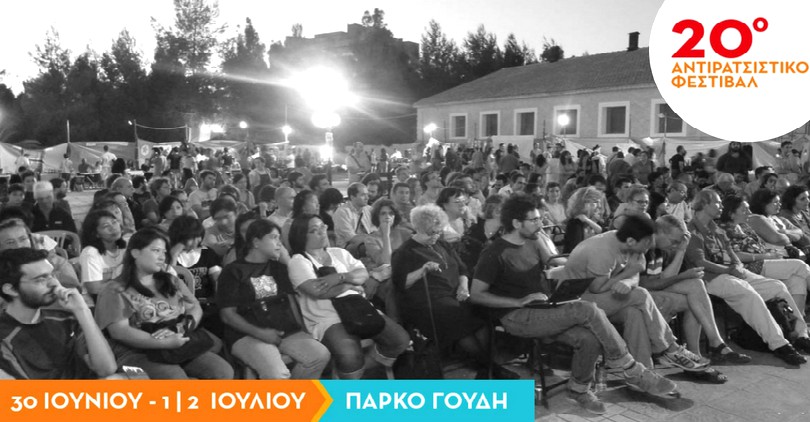 Full program, concerts & how to come to the festival

What stays the same and what changes in the face of those from above? How is Fortress – Europe being transformed and what is happening on the islands and detention camps in “new” Greece? How are those from below and the Left organizing, fighting, and responding? Where and how are life, dignity, and solidarity winning? Many issues are opened up at the 20th Antiracist Festival. Find below the programme of the main and self-organized discussions per day. All discussions begin at 19.00.

Interventions by: Solidarians and residents at refugee housing squats

Discrimination towards addicts and former addicts: against social hypocrisy

Pan-european mobilization for the right to abortion