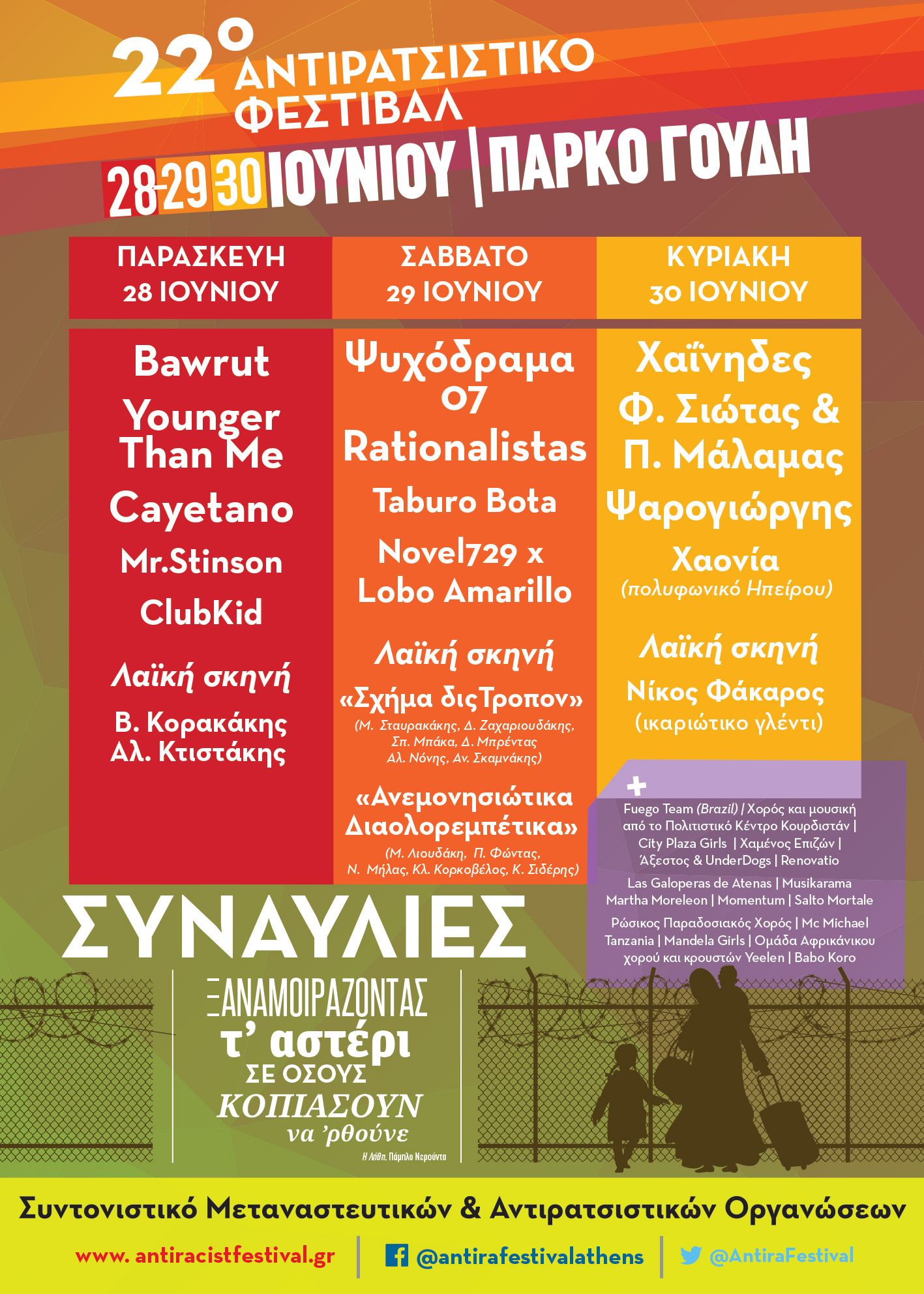 Music is one and much more at the same time. Starting off with this in mind, we set up the music schedule of the Antiracist Festival.  Live for all tastes, but shaped in such a way that every day turns into a cohesive musical proposal. Note that the live performances are to run on all three stages at the same time.

Let’s have a more detailed look: